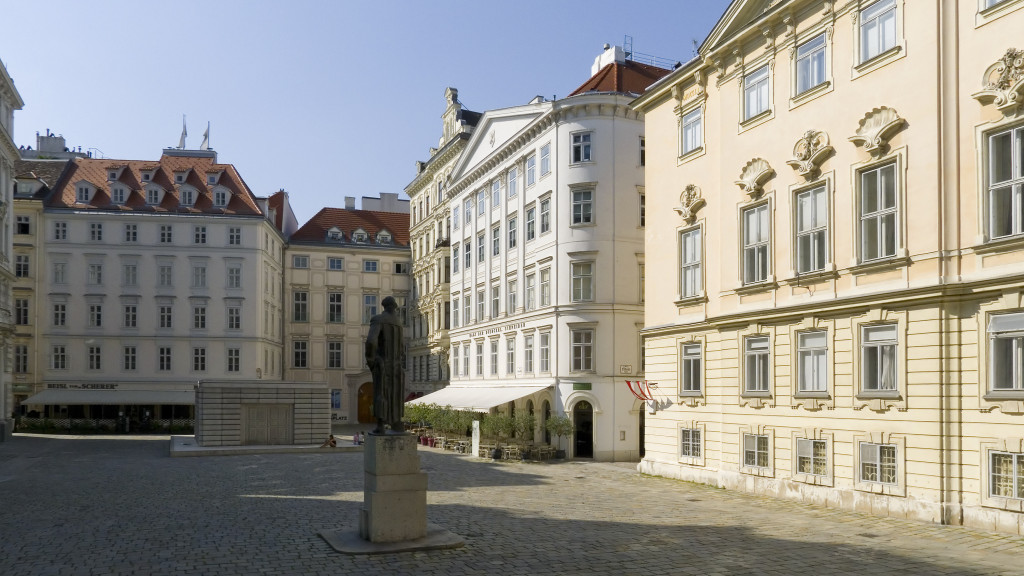 Jewish life in Vienna through the centuries

We begin at the Memorial against War and Fascism at Albertinaplatz square. After that, we walk through Hofburg Palace, place of power of the Habsburgs for centuries. Learn more about the mutual relations between the Habsburg rulers and the respective Jewish population. Important developments happened under Emperors Joseph II and Franz Joseph I. In 1938, Adolf Hitler declared the annexation of Austria to the German Reich at Heldenplatz square. This was the beginning of the great catastrophe for the Austrian Jewish population under a National Socialist regime in World War II. After a short walk we reach Judenplatz square.  The Medieval Jewish Community of Vienna was located around it. Today the Holocaust Memorial is there, dedicated to the 65,000 Austrian Jews who were murdered in concentration camps. We continue to the synagogue at Seitenstettengasse, the only one to survive the November pogroms in 1938. From this area, close to the Danube Canal, we can see Leopoldstadt district, site of a Jewish ghetto in the 17th century. End of 19th and beginning of 20th century it was one of the centers of Jewish life. Along the way, we encounter again and again the Jewish heritage of Vienna: Jewish artists and intellectuals have made a major contribution to Vienna’s cultural and intellectual history. To name but a few: Sigmund Freud, Stefan Zweig, Gustav Mahler, Arnold Schönberg and Theodor Herzl.