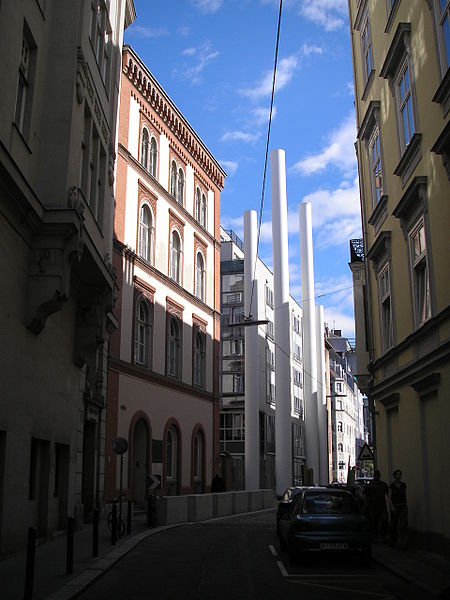 for up to 6 participants

A tour of Jewish Vienna by minibus comprises a drive along Ringstraße, with its prestigiuous buildings like Opera, Parliament, City Hall and University. At the same time this elegant boulevard was the best residential area in Vienna around 1900. A number of rich Jewish families like Schey, Epstein and Ephrussi had their homes there. This period was a climax in the cultural and cientific life of Vienna with an enormous Jewish contribution. To name but a few personalities: Sigmund Freud, Stefan Zweig, Gustav Mahler, Arnold Schönberg and Theodor Herzl.

We stop at the Hofburg Palace on Heldenplatz. Hear more about the importance of the Habsburgs, ruling in this palace for hundreds of years, for the different Jewish communities. Especially decisive Emperor Franz Joseph I., under his rule equal rights were granted to Jewish citizens. Hitler made his speech on this spot after the so called “Anschluss”, the annexation of Austria to Nazi Germany, marking the beginning of the terrible time of Nazi fascism in Austria.

We continue to Judenplatz which was the centre of the medieval Jewish community in Vienna. On this place the Holocaust Memorial was built in 2000, dedicated to the 65,000 Austrian Jews who were murdered in concentration camps during 2nd World War and to the synagogue at Seitenstettengasse alley, the only one to survive the November pogroms in 1938.

Finally we drive to Leopoldstadt, Vienna’s second district, once a centre of Jewish life. Fifty percent of the people living there end of 19th, beginning 20th century were Jewish. Today again a number of Jewish people live here and you find a Jewish supermarket and kosher restaurants.