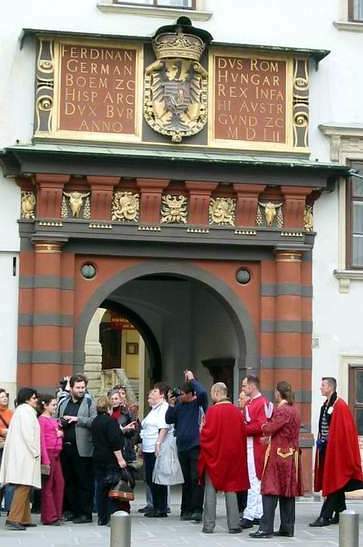 The Imperial Treasury Vienna is located in the most ancient part of the Hofburg Palace. If contains a valuable collection of secular and ecclesiastical treasures. Among them the Imperial Crown of the Holy Roman Empire and the Austrian Crown Jewels stick out. Further highlights are the Cradle of Napoleon Bonaparte’s son. Napoleons second wife was Archduchess Maria Luise, daughter of Emperor Franz. The vestments and precious items of the Order of the Golden Fleece are admirable.

Precious jewels like the biggest emerald in the world testify the former power of the Habsburg dynasty. Two objects were considered so unique to be declared “inalienable heirlooms of the House of Austria”: a giant narwhal tooth considered to be the horn of a unicorn and an agate bowl from Late Antiquity which was thought to be the legendary Holy Grail.