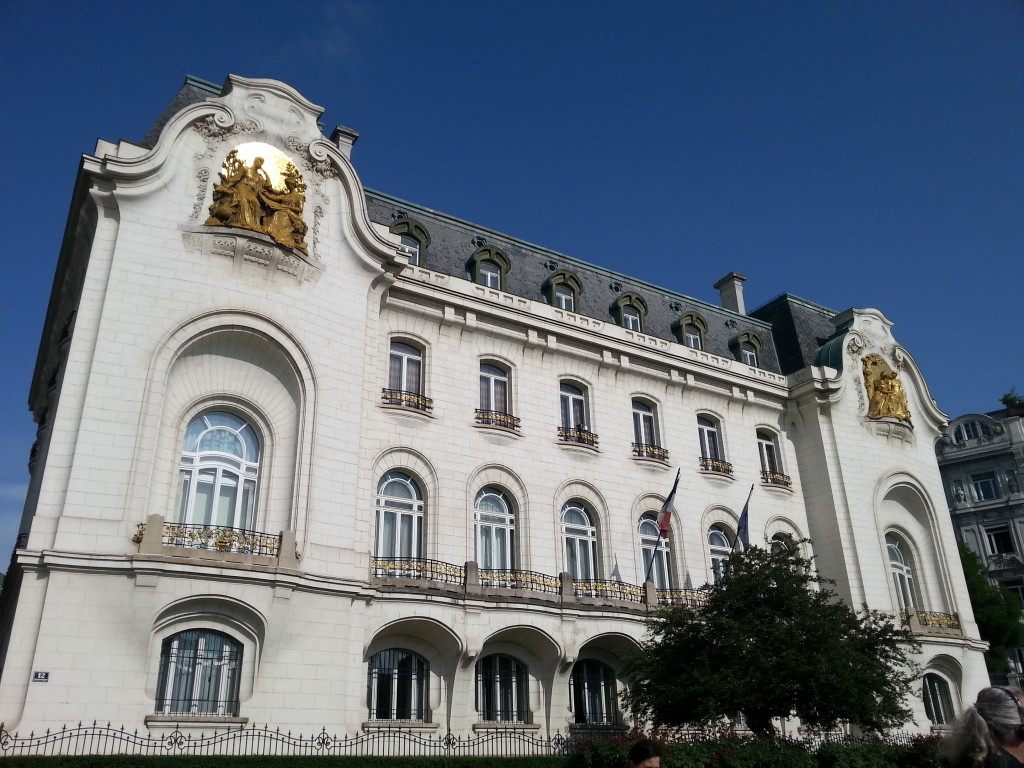 for up to 6 participants

This private tour of Vienna includes Ringstraße with its prestigious buildings. Emperor Franz Josef I. inaugurated the new street officially on May 1st, 1965. However, only part of the magnificent buildings was complete at that time. Until the 1990s representative imperial buildings and private residences of the haute bourgeoisie in the style of historicism were built. Enjoy Ringstraße boulevard with its prestigious buildings like Vienna State Opera, Hofburg Palace, Houses of Parliament, City Hall, National Theatre and University. Not to forget the posh homes of very rich Viennese families, a number of them with Jewish origin, like Schey, Epstein and Ephrussi.

We drive through the 2nd district Leopoldstadt, one of the centers of Jewish life around 1900. It borders the Danube River which we cross on Reichsbrücke, having a look at modern Danube City.

We continue to the Hundertwasserhaus, a very special example of modern architecture in Vienna. Friedensreich Hundertwasser’s style was his answer to sterile residential neighborhoods from the 1960 and 70x. His aim was to create a harmonious living together of man and nature. You may expect a building with many surprises, colorful and unusual.

In addition, we will have a little walk in the gardens of Belvedere Palace. The former summer residence of Prince Eugene of Savoy was built on a hill, such providing an outstanding view of the city. With the background of the beautiful baroque architecture of palace and gardens I tell you the story of the adventurous live of the most successful military commander in Austria’s history.