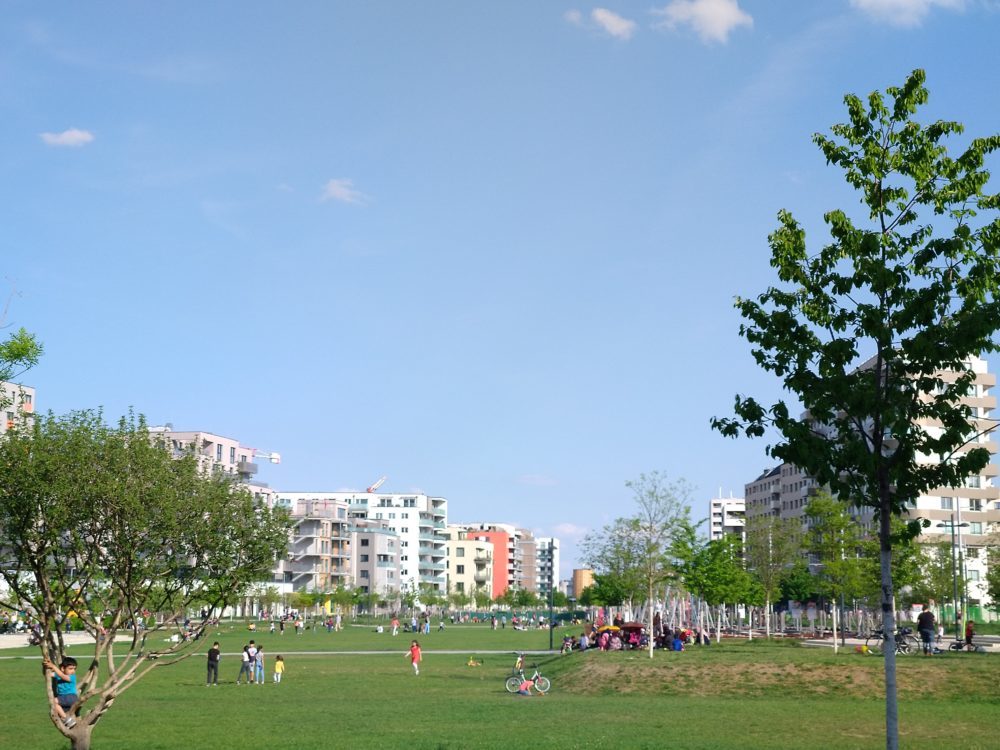 Guided Tour in the Sonnwendviertel, next to the central train station Vienna

In Viennas tenth district, next to the Hauptbahnhof Vienna a new urban quarter was developed.

The new quarter consists of different parts. In the “Quartier Belvedere” the “Erste Campus”,  the new head office of Erste Bank, offers work space for around 5.000 employees. Its architecture is outstanding. The new central train station Vienna has become an important hub for the European railway system. The train station includes a shopping center and gastronomy.

In the Sonnwendviertel around Helmut-Zilk-Park thousands of new flats were planned, most of them are already finished. With creative solutions some new concepts could be realised. In addition a number of hotels were opened and there are also examples of how working and living can be combined in one place. By using the ground floors for shops and cafés an urban atmosphere was created. The park in the middle of area,  totally 70.000 m2, gives many possiblities for leisure, with playgrounds for small and grown-up children.

The new school campus was planned thinking of how to teach children in an environment makings present-day paedagogical concepts easy to set into practice.

The former area for the rail cargo has become a vivid and livable new part of Vienna.