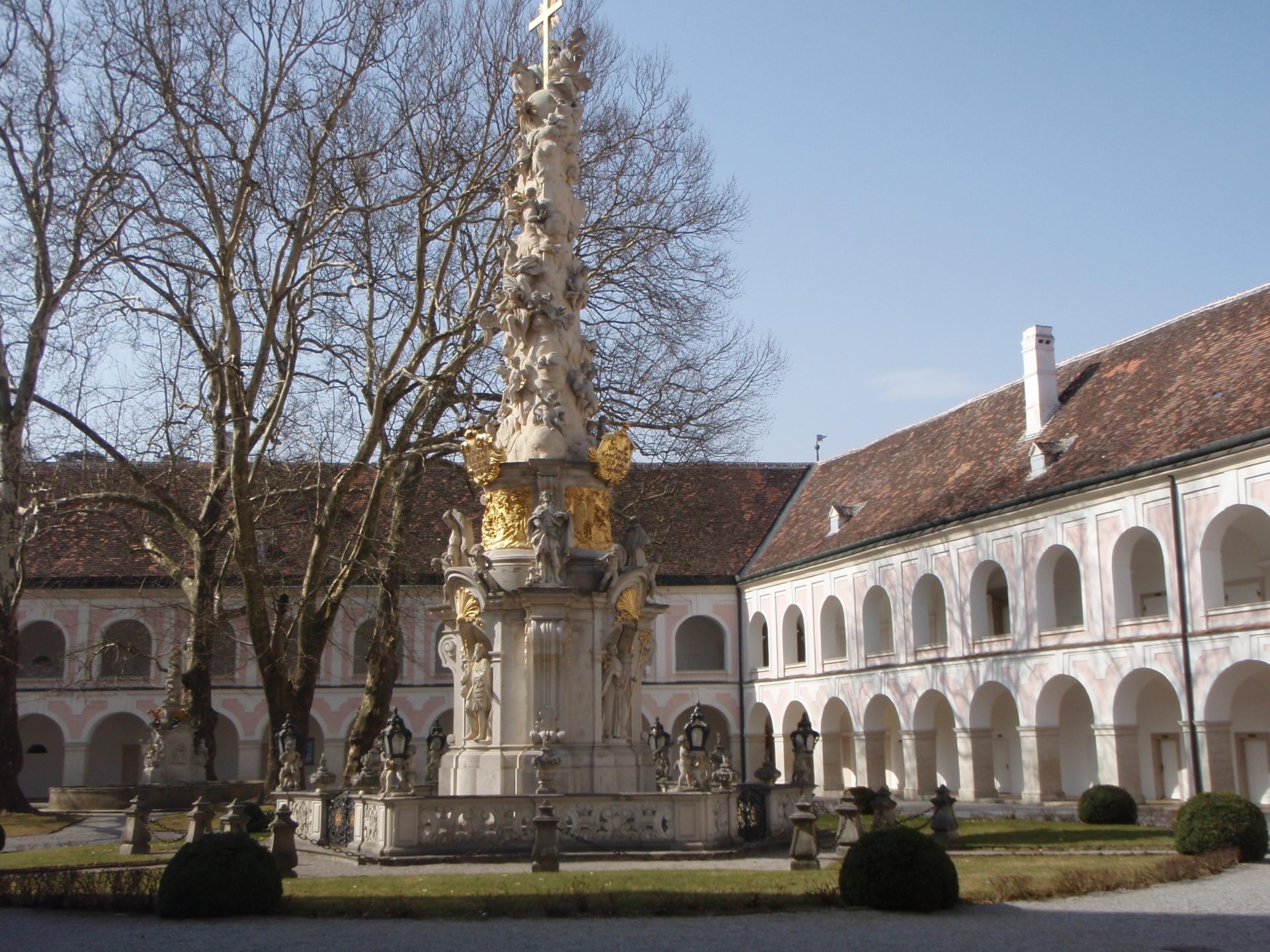 Ludwig van Beethoven got inspired by his long hikes in the Vienna Woods. They are the green lungs of Vienna, a favorite recreation area for the Viennese. In the middle of the Vienna Woods there is an architectural and spiritual gem: the Cistercian monastery Heiligenkreuz. It was founded in 1133 and since then it has been continuously active. Every year around 120.000 tourists from all over the world visit Heiligenkreuz Abbey. Romanesque, Gothic and Baroque style are united here. The monks got special attention in the past years for their CDs with Gregorian Chant.

Close to Heiligenkreuz we find the convent Mayerling. On this spot the tragedy of Mayerling happened. In 1889 Crown prince Rudolf, the only son of Emperor Franz Josef I. and Empress Elisabeth killed himself. His young lover, Baroness Mary Vetsera had joined him voluntarily into death. Crown Prince Rudolf shot 17-year old Mary and then himself. This was a scandal and trauma for the Imperial family. In the same year Emperor Franz Josef I. gave instructions for the hunting lodge to be converted into a convent.

Driving along the picturesque “Helenental” valley we reach Baden bei Wien. This elegant city is well known for its spas. Romans, Habsburg Emperors, composers and everyone else enjoyed the healing effects of the spa waters through the centuries. The biggest casino in Austria can be found in the spa park.
Visit this idyllic area with me!